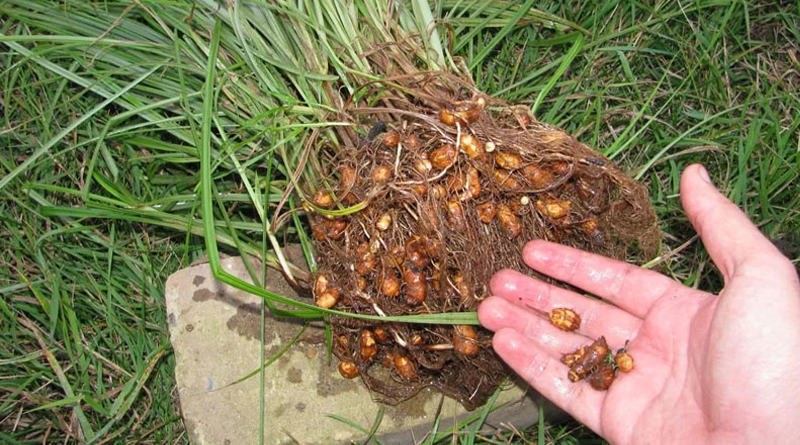 Yuri Osadchy cultivates chufa, also known as earth almond. The farmer told journalists from AgroPortal.ua that chufa is one of the traditional but forgotten cultures in Ukraine, writes “Agro-Center”.

Chufa has many beneficial properties. In particular, this nut keeps hunger at bay because it contains up to 35% fat, 25% sugar and a lot of protein. Chufa also contains iodine, magnesium, sodium, potassium, selenium, folic acid and many other nutrients.

The man started growing chufa eight years ago with only four nuts brought from Kazakhstan by his aunt. Yuri grows chufa in Boryspil and Baryshev districts of the Kyiv region.

“I use manual labor only. The yield is very high. This season I harvested 70 kilograms of nuts from a hundred square meters.”

The farmer started processing chufa last year. He makes biscuits, which he calls “chufariki”, as well as “chufo-honey”. He also makes pillows from the stems. Recently, he came up with the idea to make tea from the roots

“Scientists call chufa, along with amaranth, the food of the future. It is very unpretentious and extremely beneficial,”

The farmer explained that he would be happy to expand production, but there is still a problem with sales. 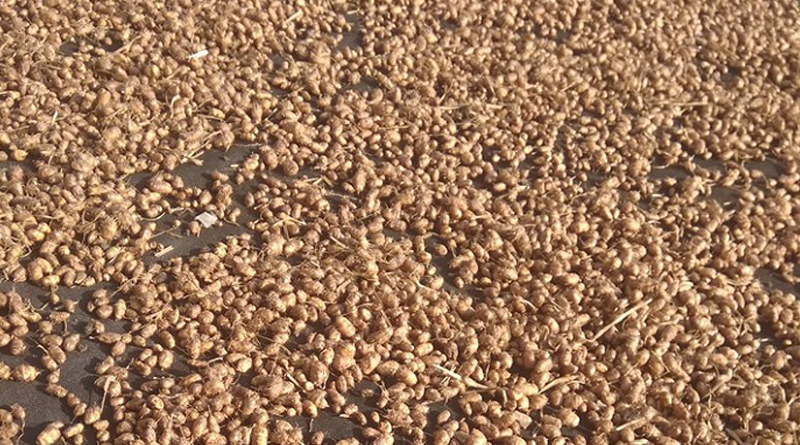 “Until retailers change their farmer relations policy, I don’t want to work with them,”

Yuri considers chufa cultivation promising and is ready to share his experience and even planting material with beginners.

Based on the article by Agroportal.ua 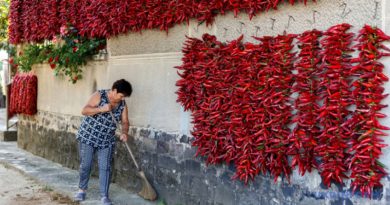 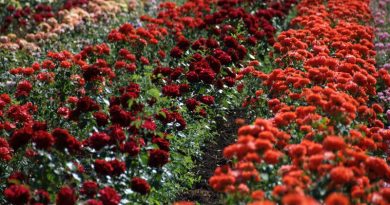 15 Years For a “Rose Paradise” 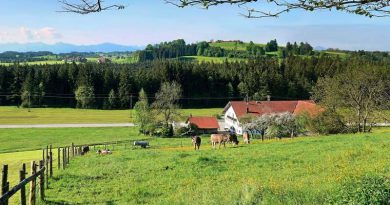 Farmers of the world will unite in order to preserve nature