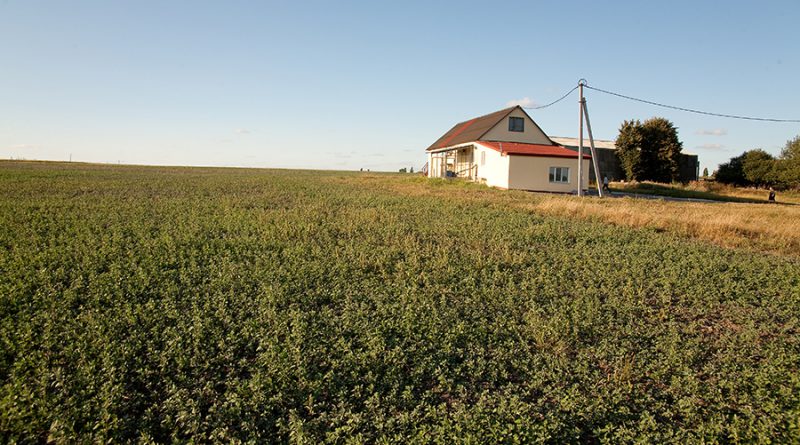 Stories about people who become eco-farmers are always interesting. There are those who just leave everything, learn from their mistakes and create a business in the village. There are also those who have developed their parents’ business. The last one is how Taras Lozhenko, founder of the “Good Farm” near Kiev, became engaged in farming.

Agrocenter journalists talked to Taras. It turned out that his father became engaged in farming after arguing with a friend that he could make money on it.

Taras says, “My dad began to breed bulls for meat 12 years ago. After some time he started to feel sorry for the animals because as they grew up, he became attached to them. It is why father decided to breed dairy cows. When he had become hugely successful, he decided to make cheese. An entire family looked at him with amazement, because he was an engineer, and began to study something completely new”.

When they started to deliver products to Kiev, Taras Lozhenko offered his help. According to Taras, his father was happy that his son became interested in the business. At that time Taras had his own advertising business, but he gradually got into farming too:

“Gradually I began to immerse myself in the topic of milk processing. Later on, we brought goats to make cheeses from goat milk as well,” he recalls.

It was five years ago.

Before opening the cheese factory, father and son traveled a lot and visited 11 farms. They took a technology from a small goat cheese factory in France as an example. The farmers named their cheese “Mark” after their French friend. It is the cheese you could taste 500 years ago in France: without impurities, conservatives and artificial flavors. It is left to get ready for 5-7 months and then rubbed with salt water. What’s interesting is that farmers do everything themselves: from the planting of wheat to delivery of the cheesethemselves. This story is another example which proves that you can produce high-quality organic products in the countryside and make money on it. A hybrid farm-library was built in Vietnam (photo)