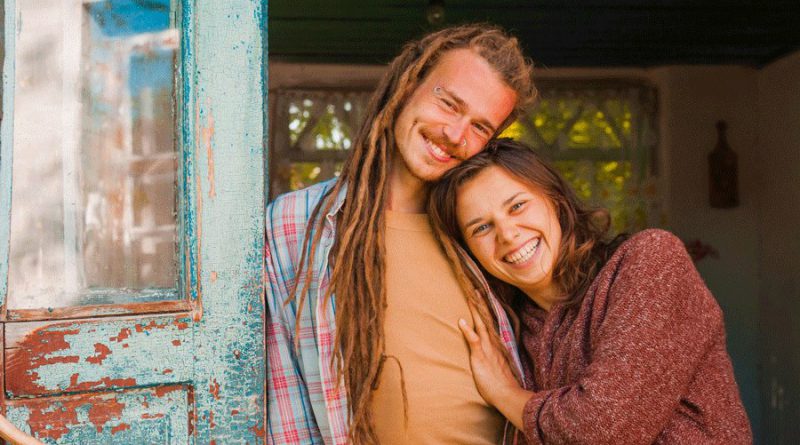 A downshifting movement is gaining popularity in Ukraine. Among motorists, the term ‘downshifting’ means reducing the speed. Increasingly, young people move to villages and begin to live off what nature has given. A young couple, Ilya Tretnikov and Oksana Timchenko, call themselves ‘downshifters’.

The couple decided to leave the noisy capital and move to the village in the Cherkasy region. They have bought a small house on the outskirts of the village, began to grow organic products and completely changed their lifestyle.

Oksana is a choreographer from Kharkiv, Ilya is a radio host from Mykolaiv. They both worked as chefs at the restaurant for raw foodists in Kiev. The idea of ​​ growing organic vegetables appeared, when the couple was cooking gazpacho. Oksana says, “Ok, you’re a raw foodist, you cook raw foods, it’s all good for health, but which products do you really use? In front of me were winter tomatoes, which looked like plastic. You tell yourself that this is a tomato, but there is no smell, no taste of tomato. At least it looks like one. We thought: you can only be confident in the quality of self-grown products”.

The couple placed tomato seedlings on their balcony. At that time, they had no experience and no knowledge. They didn’t have a lot of money either.

Oksana continues, “It was an interesting period of our lives when we had four hryvnias to ride the subway in one direction, arrive at the organic faculty at the university and find an agronomist. We met with sponsors and then we walked half of the way because there was no money”.

The couple did not get any money. They arrived at the village of Shevchenkovo in Cherkasy region and went to the outskirts of the village. There was a small abandoned house next to a lake, near the forest. They made a deal with the owners – they will look after the house for a year, and if they don’t find the money to buy it, they will leave. At the end of the year, the couple managed to redeem the land and the house.
Young hosts have decided not to use chemicals when growing products.

They usually respond, “Can we handle taking care of the farm ourselves? It does everything without our help … Nature is smarter. Who said that one plant must live, and the other should die, just because you don’t need it? Nature will do everything, we only help a little”.

A lot of greens grew on their land. According to the couple, they had to mow arugula, lettuce, and basil with a scythe. Near the house, there is a small apple garden. Later the couple planted the orchard, raspberries, and strawberries. Later on, the idea to produce organic dried fruit appeared. They started selling dried raspberries, melons, apricots, plums, strawberries, apricot and raspberry paste, dried zucchini and tomatoes. All products contain vitamins because they are dried at the minimum temperature of 40 ºС. Fruits are not treated with chemicals. What is more, young farmers also produce some juices and tea from the leaves of the fruit trees.
The farm did not become a closed facility – the couple invited volunteers from Ukraine and the world. They still get letters from the volunteers from Germany, Israel, Africa and Yemen. People change a lot after visiting the young downshifters. The couple assures, “You will see a life in nature and people who are not troubled by financial and other issues that are constantly bothering city dwellers. Many people change, and we see it.”

The couple spends their time in winter traveling. However, recently young downshifters have put up their farm for sale:

Ilya writes, “We have always dreamed of living in a warm country, growing mangoes and bananas. It’s cool to go to another country for the winter, but it’s even cooler to live there. We do not know for sure whether we will want to live outside Ukraine. But we know for sure: it is better to do what you’ve wanted to do for a long time than to regret never doing it”.

Ilya offers full technical support and assistance for future farmers. Therefore, if you are tired of living in the city and want to try to live on a farm – this is a proposal for you! 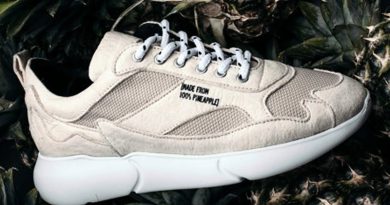 Footwear for vegans: sneakers made from pineapple leaves will be available worldwide 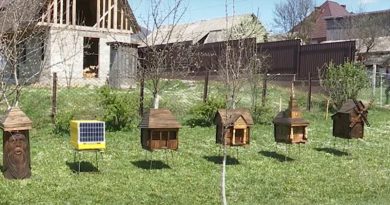 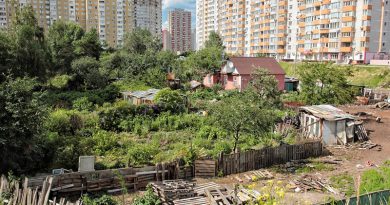