Police in the Netherlands questioned a tenant of a farm where they found a family who had lived in the basement of the building for at least nine years, allegedly waiting for the end of the world, writes “Agro-Center”.

According to the local press, an Austrian citizen, Joseph B., who periodically came to a farm with a family of six, was arrested during a search of the farm. He refused to cooperate with the police and will stand trial on Thursday.

He is suspected of unlawful imprisonment and harm to health. Prosecutors said they would seek his arrest.

A search on a secluded farm was carried out after the eldest of his six captive children fled to a local bar. There, a young man ordered himself a beer and then told about what was happening on the farm.

The appearance and demeanor of the 25-year-old have seemed strange to the bar owner Chris Westerback.

“He ordered five mugs of beer and drank them all. Then I talked to him and he told me that he had run away and that needed help. We called the police,”

“He had long hair and dirty beard, was dressed in old clothes and looked as if he didn’t understand what was happening. He said he never went to school and hadn’t cut his hair for nine years,”

During a search of the farm, police found five of his siblings and a man whom the children called their father.

The family was found in the basement, a staircase to which was hidden behind a secret door. At the moment, police suggest that these people were being held in a cellar against their will.

Two more homes are currently being searched 16 kilometers from the farm where the family was discovered.

Locals say they saw a man come to the farm regularly and build something there, but he always kept the gates closed and did not talk to anyone.

The farm is fenced off and surrounded by trees, making it difficult for outsiders to see what is happening there.

The Dutch press writes that the family from the basement ate vegetables and meat from farm animals. 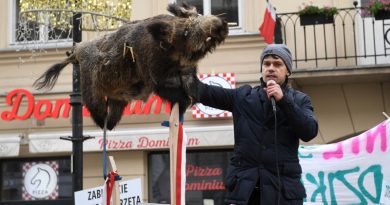 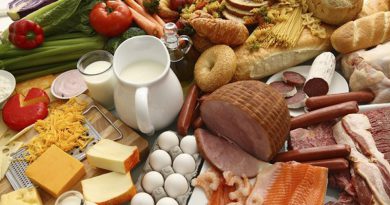 Prices for food in Ukraine continue to grow 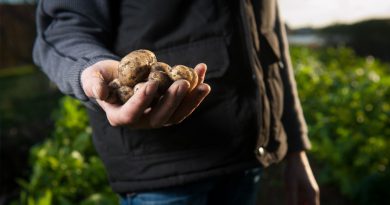 Potato business is the most profitable niche for producers and processors