Do you think snail are foreign to Ukrainian cuisine? Mykhailo Demyan, the owner of a snail farm located in the village of Nizhnie Selyshche, can prove you wrong Ukrainian cuisine. Here, snails are combined with Transcarpathian cheese and homemade wine. Agro Center correspondent has visited the farm.

Of course, these are special-type snails grown under proper conditions and cooked with love. By the way, they prepare them here according to three recipes: Shafran, Burgundy, and Zakarpattia. Dmitry Butenko, founder of the company “Eco-snail”, kindly shared the secrets of cooking snails.

Mykhailo Demyan says his farm is capable of producing about 10 tons of snails during one season. To achieve such a result, one should provide a sufficient level of moisture, so that snails would feel as comfortable and be as active as possible. Snails are night creatures, and they need shade in daytime and do not like getting caught in direct sunlight. In 8-10 months snails reach their adult age. They live and develop under wooden shields, which are equipped with a watering system. Also, to make the snails feel comfortable, the grass the like to chew on grows in the area where shields are installed. They mainly eat a special fodder that the farmer buys from a Ukrainian company.

Mykhailo Demyan shared the story of how he began his business.

“My friends offered me to taste snails when they have brought the semifinished product from abroad. I liked it. In a while, I began thinking about starting my own business, and I liked the idea of ​​breeding snails and combining it with the development of tourism in Transcarpathia. The climate of Khustschiny is somewhat similar to the region in France, in which there are many snail farms, and a niche like that in the Ukrainian market is almost not occupied, so I decided to try. Of course, in addition to financial investments, I had to learn a lot. It’s not as easy as it seems,”

The snail farm in the village of Nizhnie Selyshche has been open for less than a year, so it’s too early to talk about the “harvest”. We will know whether this business works or not in autumn. However, it is already possible to observe that the place attracts tourists. The production is targeted mainly at Italian and Spanish markets, as well as the countries of the near abroad. According to Mykhailo, in Ukraine, the tradition of eating snails is not yet formed. Perhaps it is due to the high price. 1 kg of semifinished product costs 950 hryvnias, and for a small jar of snail caviar one has to pay 2000 hryvnias.

In general, the snail farm is one of its kind in Transcarpathia and is interesting for both: those who want to observe the conditions in which the snails are grown, and those who want to taste snails. You can easily add it to your list of places of interest to visit. Though snails are slow creatures, they’ll get into your heart pretty quickly. 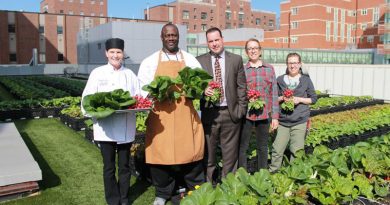 A Farm on the Roof: Hospital Patients are Given Vegetables and Fruits Grown on the Roof 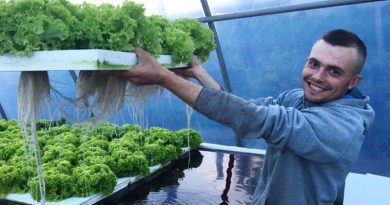 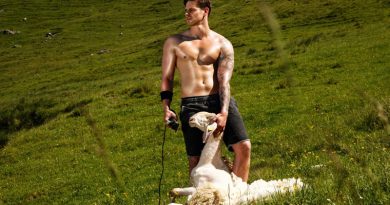