Due to climatic changes that accrued in the Rivne region during the last years, peanuts, sesame seeds, chickpeas, and lentils, that grow in warm regions, can now be grown there. A demonstration ground where new cultures were planted had been created this year in the Rivne region.

This phenomenon has become possible due to the processes of global climate change. Therefore, the question of assessing climate change and adapting to agriculture in the region is extremely relevant.

Climate change is taking place today and affects the productivity of agricultural industry and makes it rapidly change its specialization.

Scientists at the Institute of Agriculture of Western Polesia began to consider the problem of climate change from the angle of diversification of the plants, that is, adaptation to new weather conditions and growing new non-typical for the region crops. A demonstration ground was created to compare the productivity of typical for the region crops and new crops. Peas, soybeans, corn, sunflower, sorghum, pickles, lentils, chickpeas, as well as peanuts and sesame seeds, are grown there.

To grow new, non-typical for the region plants, we should pay the utmost attention to chickpeas and lentils. These are legumes; their grain contains 25-34% of protein, which determines their high nutritional value.

Chickpea is a cold resistant crop. Seeds sprout at a temperature of 2-50С. Seeds withstand frosts up to 8-100С below zero. However, during the processes of blooming and formation of the beans chickpea demands warm weather conditions.

Chickpea is very drought and heat-resistant. Can withstand air and soil drought, but it reacts negatively to excessive moisture cause, in this case, it is damaged by diseases. This plant is unpretentious to the soil. Its vegetation period lasts 80-120 days.

Lentil is a more heat-loving plant than a chickpea. Despite the fact that the seed germination temperature is the same as chickpea’s, its plants die at a temperature of 2-30С below zero. Lentil needs a lot of water during the period of germination of seeds and at the beginning of the vegetation. During the period of maturation of seeds, excessive moisture is harmful, as under such conditions small beans and large vegetative mass are formed.

Chickpea and lentil are cultures that are traditionally grown under dry conditions. Since in recent years, such weather conditions during the period of summer vegetation are observed in the Rivne region, it is entirely possible to grow these crops in our country. However, it should be noted that the distribution of crops in agricultural production depends not only on the ability to meet their biological needs but above all on the market conjuncture. Therefore, for today, there no competition between these crops and peas and soybeans traditionally grown in the region.

The crop results of these new plants will be known in the fall. 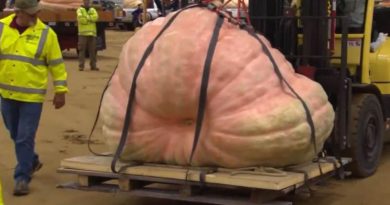 Farmer Grew a Pumpkin That Is Heavier Than a Car 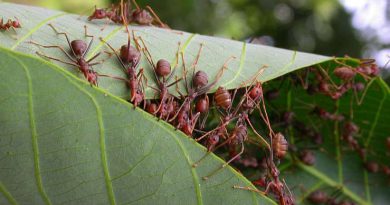 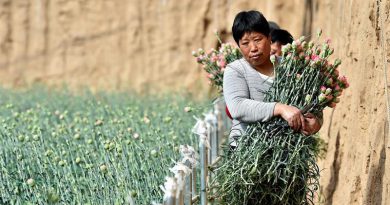